What is Reverse Osmosis?

Reverse osmosis (RO) is a water purification process that uses a partially permeable membrane to separate ions, unwanted molecules and larger particles from drinking water. In reverse osmosis, an applied pressure is used to overcome osmotic pressure, a colligative property that is driven by chemical potential differences of the solvent, a thermodynamic parameter. Reverse osmosis can remove many types of dissolved and suspended chemical species as well as biological ones (principally bacteria) from water and is used in both industrial processes and the production of potable water. (From Wikipedia—Reverse Osmosis) 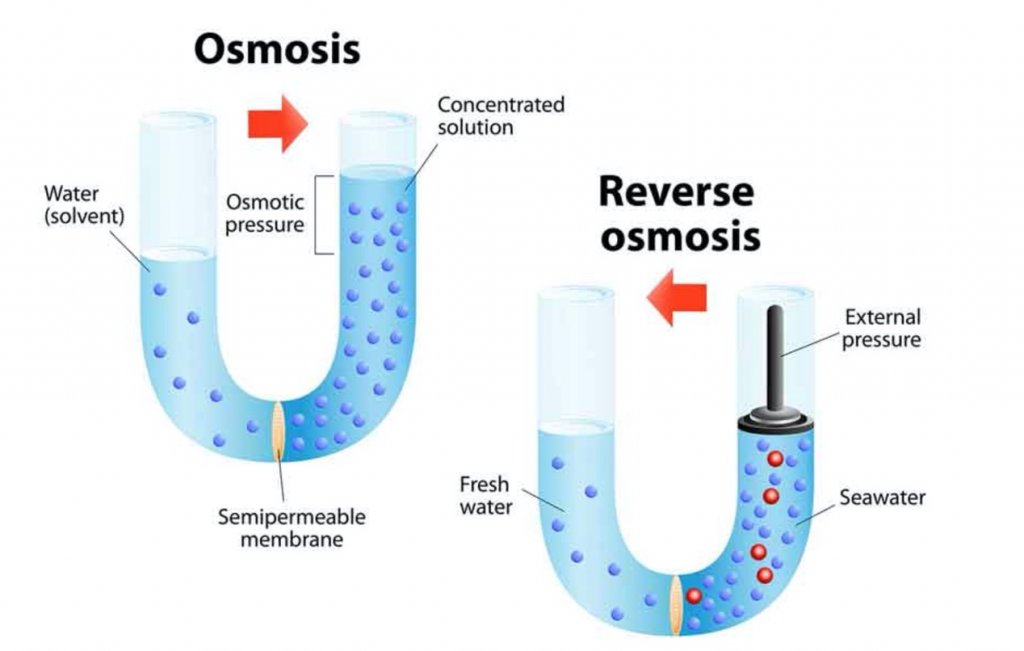 In the normal osmosis process, the solvent will go through a membrane from an area of low solute concentration to a higher concentration. Applying an external pressure to reverse the natural flow of pure solvent, thus, is reverse osmosis. The process is similar to other membrane technology applications.

What contaminants are removed from water?

RO membrane will prevent the contaminants with the particle size more than 0.1nm in effective diameter from going through. Generally, more than 90% of ionic contamination, most organic compounds and effectively all particulates could be removed. The removal for RO of non-ionic contaminants may be low for MWs (molecular weights) of <200 Dalton, but it increases at higher MWs. In theory, when molecules with MWs > 300 Dalton, all contaminants including particles, colloids, microorganisms and large biologically active molecules will be rejected completely. But dissolved gases will pass through.

How does Reverse Osmosis work?

In the reverse osmosis process, feed water is pumped through the input side of the reverse osmosis membrane under pressure (usually 4-15 bar, 60-220 psi) in crossflow. Generally, 15-30% of the feedwater passes through the membrane as permeate, and the rest remains on the inlet side and is discharged as a concentrated liquid stream that contains most of the salt, organic matter and substantially all particles. 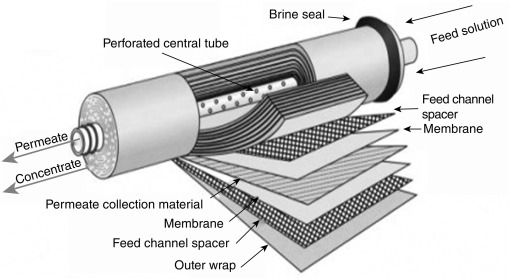 RO membranes are usually thin-film polyamides and stable over a wide pH range. The membrane is usually spirally wound into a series of layers to maximize the surface area. However, they may be damaged by oxidants (such as chlorine) and be contaminated by organics or colloids, so pretreatment is usually required to protect the membrane. What’s more, as mentioned before the membrane needs a higher pressure to overcome the back pressure. So that the osmotic pressure is overcome, and the solvent goes into a higher concentration side through the membrane. 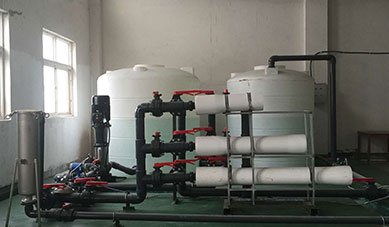 We are one of the leading manufacture of liquid water filter cartridges, especially in pleated type liquid filter cartridges. We focus on pleated technology, solving your low pressure drop, high flow rate and long service time at the same time, even high filtration efficiency.